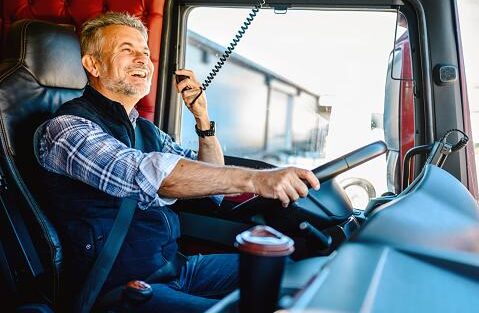 No matter how liberating and fun trucking is, how you’ll get paid is always a concern. A lot of important factors – location, experience, reputation, and what type of cargo you’re delivering – come to play when deciding how much money you’ll earn.

Truck driver payment method is quite standardized throughout the industry. Although different companies have different structures, they’re mostly similar. Understanding the terminology used to describe compensation is crucial. Especially if you’re new to the industry or planning to stick with the company long-term.

In this post, I’ll talk about 8 types of truck driver pay.

Types Of Pay For Truck Drivers

Different companies use different methods to pay their employees. They’re usually offered a base salary and additional bonuses and compensations. The bulk of a truck driver’s income is from their base pay.

Below are 8 types of pay for truck drivers explained:

Hourly pay is probably the most familiar to most truck drivers because this is the most commonly used method in the industry. This model is mostly used by interstate delivery companies with comparatively small driving ranges – less than 150 miles. Businesses like UPS, FEDEX, grocery chains, and retailers pay drivers hourly.

Drivers may have to make multiple stops and load and unload the freight. Sometimes, you might not even start with a full truck. The general industry terms for describing jobs like these are LTL (Less Than Truckload), or route driving.

Hourly pay varies from entry-level to high and more attractive rates. It’s generally associated with strict schedules, direct daily customer interactions, and heavy lifting. Many hourly positions also offer overtime, which can rack up big bonuses to your paycheck if you’re willing to put in the extra work.

Some companies offer salary-based payments. This way, you get a consistent and predictable income. These companies have regular paydays, usually once a week.

Salary-based income doesn’t depend on how many hours you worked or the miles you drove. It’s a flat rate decided at the start of the job through a contract. Although your hours and mileage may vary, your income will stay consistent throughout the contract. This type of driver pay also allows companies to overwork their workers.

Paying by miles is one of the most common methods in the trucking industry. This way, the drivers are paid based on their mileage. But the way companies calculate and pay for those miles varies quite a bit.

Here are the most common per-mile paying rates:

Per mile pay can vary quite wildly. You must read the contract carefully to know what you’re getting into.

This is also known as the ‘percentage of the load.’ This is the most commonly used pay for owner-operators and those leasing their industry. It’s arguably one of the best pay models in the industry. Drivers earn a negotiated percentage of either the net or gross revenue on each load. This is especially attractive if the car is particularly valuable or if they’re driving short to medium distances.

Accessorial pay is like a bonus for extra tasks apart from truck driving. Usually, hourly drivers don’t get this option as their salary already accounts for all those things. But drivers that get paid by the mile usually get the option to earn accessorial pay. The services that may give a driver accessorial pay are:

Pay per load is a very common type of base pay. Most companies that offer pay per load are in the agriculture, oil, and gas industries or local delivery jobs.

Team driver pay can get confusing. So, it’s crucial to understand how this thing works. Typically, team rates are quite higher than solo driver rates. Both drivers get paid a bit higher than they would if they were driving solo, then the payment is split evenly in half. But the ratio could change if the other driver has significantly more experience than the other.

Team rates are less than double the independent driver rates, so it’s less money per mile. But teams can accumulate much more miles compared to if they were driving solo because they can take turns while the other rests. Be sure to look at the contract. But most drivers earn more on team drives.

Companies offer drivers a special incentive to pay for more difficult or dangerous loads because of location, border crossing, hazardous materials, or other unusual jobs.

You get special incentives for trapped loads. Truck drivers that haul refrigerated loads tend to get higher cent per mile. There are usually compensations for over-dimensional loads or routes in NY and NJ.

To Wrap It Up

The trucking industry can be quite diverse in terms of its payments. Knowing the industry terminology will help the driver understand his contract better and maximize his earnings.

I’ve covered the most commonly used 8 types of truck driver payments in the trucking industry. This will help you understand and help you in your trucking journey. 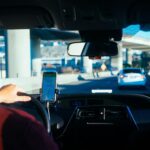 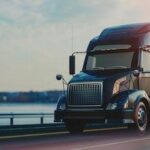 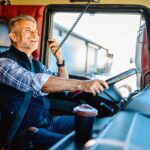